As we implement the Louisiana Speaks Regional Plan and 2008 Priorities, we are making an effort to increase our online presence. We have created additional online resources to familiarize people with the Regional Plan and have begun to host online discussion forums that people may utilize to participate in the effort to create a safer, stronger and smarter Louisiana.
Since we are at the point "where the rubber hits the road," it has become essential that Louisiana Speaks has a robust base of support. The expansion of our 'online' community of supporters is particularly important in this age of modern communication. Recently, we created a group on Facebook (you must join Facebook to see the group profile), and a profile on MySpace. Facebook and Myspace are interactive, social networking websites, particularly popular with college-age individuals and young professionals. We have also developed a blog at http://laspeaks.blogspot.com/. Additionally, now Louisiana Speaks even has an entry on Wikipedia, so people can find out about the process and plan on the world's biggest free-content online encyclopedia! Check it out: http://en.wikipedia.org/wiki/Louisiana_Speaks

The proposal for a Presidential debate in New Orleans being promoted by Louisiana Speaks Champion Anne Milling, founder of the non-partisan group Women of the Storm, has been strongly endorsed by TIME magazine, including a statement from editor Rick Stengel. Stengel is asking TIME's readers to join him in supporting a presidential debate in New Orleans by sending in comments to neworleansdebate@timemagazine.com. TIME plans to forward the letters to the Commission on Presidential Debates.
Click here to read details, endorsement letters and the debate proposal itself.
Click here to read editorial endorsements from New York Times, Boston Globe, Washington Post, and USA Today.
Click here to read an endorsement letter signed by all six U.S. Senators who are presidential candidates.Please inform your friends and family about this effort. The more people who participate, the better! Site selection will be announced at the end of October. 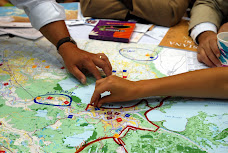 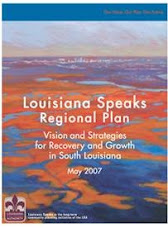